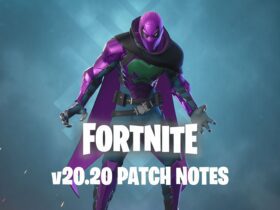 If you’re among those numerous players who prefer running their games on PlayStation consoles, Sony has great news for you. The Japanese giant revealed a list of exciting and free-to-play games – one PS5 game, one PS4 game, and another game playable on both PS4 and PS5 consoles.

We’re happy to embrace the news provided by ComicBook.com, while the list of games available for PlayStation Plus subscribers goes as following:

In this game, you can pick one of 16 superstar competitors, four game modes, and the rest is obvious: you’ll have to create havoc using your parkour skills. You can also build your character’s abilities with the final purpose of becoming the Global Destruction Federation Champion.

Here we have a third-person action-adventure title where you can master supernatural abilities. You’ll have to be in the shoes of Jesse Faden, who’s the Director of the Federal Bureau of Control. Faden’s headquarters from New York is breached by an ominous enemy, and you’ll have to find a way to solve the situation.

Pick up a magic paintbrush and return the polluted town of Denska to its former bright and bustling seaside self in this touching and multi-award winning action-adventure. Cleanse streets and alleyways, then use your Living Paint to create mischievous Genies whose magical powers will aid you in overcoming puzzles and seeing off bullies who pursue you. The game also includes two additional modes built especially for PS VR to let you further unleash your creativity.

Since its launch date in November last year, the PS5 console was already sold like hot-cakes: over 4.2 million units worldwide.