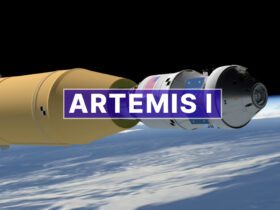 Artemis 1: After A Setback, NASA Delays Its Next Moon Mission

A Fortnite x Dead Space crossover will soon air, bringing tons of cosmetics and other cool stuff! Thanks to dataminers, we know the collab will be available today (January 23).

What’s best is that more details about the Fortnite x Dead Space crossover have been shared, including the cosmetics. Curious to find out more? We’ve gathered around all the information available at the moment below.

One of the most anticipated crossovers is finally finding its way to the Island: Dead Space! Based on what dataminers found, the rumored Fortnite x Dead Space collab will soon kick in, bringing some cool cosmetics, too.

Reports about the event were actually emerging back in December 2022, making Fortnite players grow impatient.

But thanks to popular tipster and leaker @ShiinaBR, we know that the Fortnite x Dead Space crossover is confirmed to air on January 23 at 7 PM ET.

Check it out below:

CONFIRMED: Isaac Clarke will be available on January 23 at 7 PM ET!

So, practically it’s just a matter of time until the Dead Space collab air on the Island! Also, what’s best is that the Dead Space remake will also be launched on PC and consoles on January 27.

According to dataminers, the Fortnite x Dead Space crossover will bring some exciting and fun cosmetics! Dead Space’s Isaac Clarke will feature something really useful, including:

The Back Bling is pretty sleek because they’re expected to come with an HP bar that changes based on your health. How cool is that?

But that’s not all.

The second Back Bling is also said to turn blue when you take no damage and red when you do. Quite impressive, isn’t it?!

Before we jump to other conclusions, remember that neither Epic Games nor Electronic Arts confirm such things about a possible Dead Space collab. So, take everything with a pinch of salt!