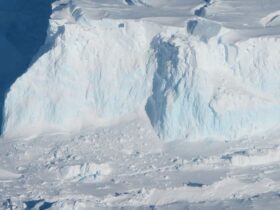 There is a plethora of excellent messaging programs available today, with Messenger being one of the most widely used. Users are able to register an account with the application even if they do not have a Facebook page. Initially, the application was a part of Facebook; however, it was later separated and made into a separate, independent app. It is possible that it is not the most feature-rich messaging software that is now accessible; nonetheless, it does provide a broad range of capabilities, including chat, support for SMS, phone and video calling, as well as other features. End-to-end encryption (E2EE) was added to the platform, which provided users with a more secure method of connecting with one another. This was perhaps one of the most significant changes that the platform received.

Now the platform is spicing up its E2EE experience by adding traditional elements like as chat themes, chat emoticons, and responses, in addition to a host of other capabilities. Despite the fact that chat themes, chat emoticons, and responses are all very typical features in this day and age, Messenger’s encrypted experience did not previously have them until recently. Today, Meta made the announcement that these capabilities will now be accessible to users, which would add more personality to their chats. In addition to that, the platform is going to give the capability of setting distinct group profile photographs for friends and coworkers at the same time.

In addition, link previews will now be accessible inside encrypted conversations, and a status indicator will be able to convey to your friends whether or not you are currently online and making use of the application. The reintroduction of Bubbles on Android, which provides a straightforward and uncomplicated method for contacting people directly from the home screen, is maybe the most positive development that has resulted from this. If you’re not acquainted with it, all this does is place a little bubble on the screen that allows you to access your Messenger conversations quickly and easily. At this time, E2EE has not been made available to all Messenger users; however, Meta claims that it is steadily extending the service to accommodate more people. Users should be presented with a notice notifying them of the change when end-to-end encryption is finally implemented.