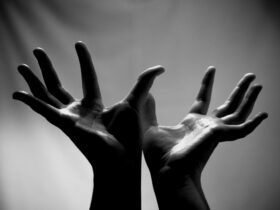 Focusing On Individual Countries’ Health Policies, Rather Than Global Health Cooperation – Is It A Mistake?

Going to Mars and living there is a lot more complicated than in sci-fi movies, although we might learn a thing or two from Matt Damon’s character from ‘The Martian’ movie. Scientists need as much information about the Red Planet’s environment as possible before sending humans there.

According to a new study published in the Geophysical Research Letters, the crust of Mars has been found to be more complex than astronomers previously thought. There are higher concentrations of silicon in the original crust of Mars than expected. Researchers found more of that chemical element in locations from the southern hemisphere of the Red Planet. A basaltic setting such as the one from Mars doesn’t appear to be in accordance with such high amounts of silicon.

Another similarity with Earth?

Mars is similar to Earth in a few ways: both planets are located in the ‘Goldilocks Zone’ of the Solar System, have seasons and icecaps, both rotate once every 24 hours, and the examples could continue.

There could be another similarity between the two planets that scientists haven’t thought about: the original surface of our neighboring planet was similar to the first crust of the Earth.

Valerie Payre, who is an assistant professor in the Department of Earth and Environmental Sciences at the University of Iowa and also the corresponding author of the new study, explained as Science Daily quotes:

There is more silica in the composition that makes the rocks not basalt, but what we call more evolved in composition,

That tells us how the crust formed on Mars is definitely more complex than what we knew. So, it’s more about understanding that process, and especially what it means for how Earth’s crust first formed.

If you have ever wondered why Mars is red, the explanation is pretty simple: the presence of rusty iron in the planet’s soil is making the cosmic object red.