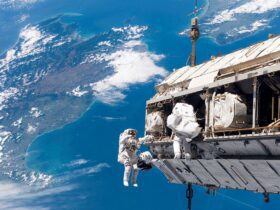 The world sure needs more video cards, preferably cheaper ones. The Intel740 graphics card was released more than two decades ago, meaning the latest GPU made by the famous company headquartered in Santa Clara.

Intel is back in the business of video cards, as an article fromÂ GizmodoÂ reveals. Intel teamed up with Asus and several other graphics card partners with the purpose of releasing the Iris Xe desktop GPUs.

DG1 is the codename for the new video cards that are part ofÂ the Iris Xe graphics familyÂ of Intel, one that powers the 11th-gen Tiger Lake processors. If we look at the specifications list, we can immediately understand that Intel prepares some powerful stuff. There are 4GB of video memory, three display outputs, artificial intelligence capabilities and Display HDR support, and more.

It’s a whole new viewing experience in up to 8K, with 4x4K HDR, which lets consumers connect up to four HDR displays at once. They also get Dolby Vision HDR + Dolby Atmos 3D Sound, along with the latest GPU technology for super-smooth video streaming.

The same source has great news for gamers, as they will get to play fast and hard by using the Iris Xe graphics and featuring up to 1080p and 60FPS. But the good news is not over yet, as Intel alsoÂ declared:

In a world where video cards are usually incredibly expensive, new creations in the area are sure needed. OpticFlux will keep you informed of Intel’s next moves.