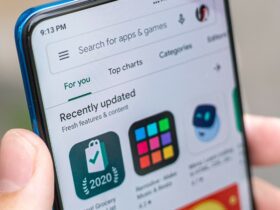 In July of the previous year, WhatsApp began testing a new macOS app that had native Apple silicon support. The new application, which was developed using Apple Catalyst, made more effective use of the system’s resources and included an updated user interface that provided users with simpler access to archived conversations, starred messages, and calls. The application was previously made accessible to users via a restricted TestFlight beta, but it is now possible to download it directly from WhatsApp’s website onto your Mac.

According to WABetaInfo, the newly updated WhatsApp app for macOS is now fully accessible to a large audience. You do not need to sign up for the beta program on TestFlight in order to give it a try even though it is still in the testing phase. On the other hand, you may easily install the messenger on your Mac by downloading the.dmg file from the website of the messenger. After downloading the app, all that’s required to connect it to your WhatsApp account is to scan the QR code using the WhatsApp app on your iOS or Android smartphone.

The newly released WhatsApp client for macOS, which has been specifically tailored to work with Apple technology, guarantees a user experience that is both quicker and more effective. Its newly updated UI appears and operates more like a native Mac application, complete with an app sidebar that provides instant access to Chats, Calls, Settings, and other features. The program also supports dragging and dropping files, making it simple for users to exchange information with one another.

Considering that the program is still in the beta stage, there is a possibility that you may run into some problems when using it on your Mac. You will be relieved to know that you can quickly report any issues by clicking the “bug” button that is situated in the app’s lower-left corner. WhatsApp has not yet disclosed any information on a stable release. When we obtain more information, we will communicate it to you as soon as possible.