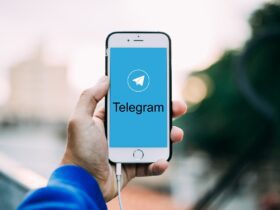 Telegram’s Last Update for 2022 is Full of New Features

Apple IDs now accept FIDO Certified security keys, which is just one of many enhancements and improvements included in the latest version for iOS, iPadOS, and macOS. Apple has recently released documentation on how to utilize these keys in conjunction with your Apple ID.

The FIDO Alliance created the FIDO (Fast ID Online) standard to replace the need for passwords. Around the middle of last year, Apple, Microsoft, and Google all pledged support for the passwordless sign-in made feasible by these authentication methods. The first round of support for these keys was included in iOS 16.3 beta 1, allowing users to test them out.

After associating a security key with your account, you’ll need it to conduct the following, which further increases the security of your account: Reset or unlock your Apple ID password, add or delete security keys, and sign in to a new device or the web with the same Apple ID.

Two security keys are recommended due to the significance of Apple ID after setup. That way, even if you misplace one, you can still get into your account, and you can have a backup for peace of mind. If you’re going on a trip, for instance, you could decide to leave one behind.