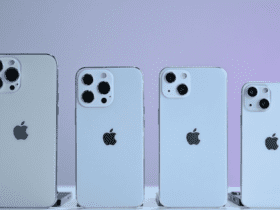 No Notch Available on iPhone 14? What Apple’s Solution Might Be

The Covid-19 pandemic has been ongoing for more than 20 months, and the U.S has been trying to cope with the surge caused by the Delta strain. Vaccination campaigns have not been as successful in some states, where the inoculation rate is below 50 %. Data released by the Texas Department of State Health Services show that the vast majority of those who died of Covid-19 this year, from January until the beginning of October, were unvaccinated.

Unvaccinated people are much more fragile against the new coronavirus

The report included several statistics and analyses, and another conclusion was that unvaccinated people are much more likely to contract the infection and develop severe forms or die than those fully vaccinated. Between January 2021 and October 1, around 29,000 Texans lost their lives due to the SARS-CoV-2 infection. Only 8% of those deaths were fully vaccinated.

The most important mention in the report is that vaccination remains the best weapon to prevent Covid infection.

Vaccination had a strong protective effect on infections and deaths among people of all ages. The
protective impact on infections was consistent across adult age groups and even greater in people
ages 12 to 17 years. The protective impact on COVID-19 deaths, which was high for all age groups,
varied more widely. In the September time frame, unvaccinated people in their 40s were 55 times
more likely to die from COVID-19 compared with fully vaccinated people of the same age.
Unvaccinated people aged 75 years and older were 12 times more likely to die than their
vaccinated counterpart

The Delta variant originated in India, has been responsible for most surges all over the world. Many European countries are creating vaccine mandates and restoring restrictions for those unvaccinated.