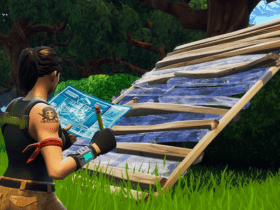 Fortnite Challenge: How to Edit a Structure

PlayStation 5 is a revolutionary machine, and Sony proved it irrefutably since the launch date of the console. Whether you’re into ray tracing, 3D audio, lack of in-game waiting times, or haptic controllers, the PS5 console has them all.

GamesRadar.comÂ writes that the new system update for PS5 is live now, and it helps the gamers be sure of installing the right version of upgraded PS4 games.

Those owning a PS5 console have seen a notification saying that the 20.02-02.50.00 update is ready for download. The update is relatively small, but it grants a very useful feature.

The message that appears when the PS5 console turns onÂ wroteÂ thatÂ “the following issue was resolved: The PS4 version of the game was sometimes installed from the PS4 game disc even after upgrading the disc version of a PS4 game to the PS5 version.”

The update also reportedly improves the system performance, although there are no details offered for that matter.

The specs of the PS5 console speak for themselves of how great a machine we’re talking about:

We’re eagerly waiting to find out what new games will arrive for the PS5 console in the near future, as Sony’s creation was sold like hotcakes until now: 4.5 million units sold only last year.