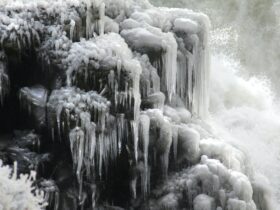 FIFA 21 continues to be the first option of many football fans when it comes to gaming, and there’s no wonder why. The latest iteration from the FIFA series has pretty much all we need – a more precise passing system, plenty of gameplay options, and last but not least: updated player rosters for teams.

Publisher EA made the big announcement of when FIFA 21 will become available for Stadia, Google’s cloud gaming service. The internet was flooded months ago with the information that FIFA 21 will be playable on Stadia, but at that point, it was only a rumor.

EngadgetÂ writes about the arrival of FIFA 21 on Google Stadia, adding that the streamable port should work on all devices that support the cloud gaming service. Whether you want to play the game on Chromecast Ultra dongles, phones and tablets packed with Android, the Chrome browser, or iOS devices, you can expect to do so.

With more than 30 leagues, over 700 clubs, and more than 17,000 players, there’s no wonder how FIFA 21 is already a great success. After its release in October last year, FIFA 21 was sold in 1.5 million digital copies worldwide during its first month.

There’s a chance that FIFA 21 will have a temporary free trial on Stadia similar to Madden NFL 21, but only time will tell for sure.