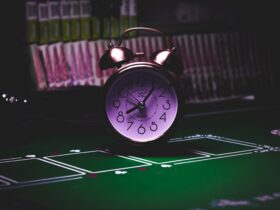 If you have a Samsung Galaxy Z Flip at home, you live in the US, and you were waiting for the December security patch, wait no more! Samsung is now pushing the December 2022 Android security update to its Galaxy Z Flip smartphones, which means that it should become available to all users in no time.

SamMobile is sharing the news regarding the new update, and it’s the carrier-locked variant of the Galaxy Z Flip on Sprint (CDMA) from the US that’s getting the new security patch. The update fixes a number of 93 security vulnerabilities. The firmware version to look after is F700USQS5HVL2.

The Samsung Galaxy Z Flip is a foldable smartphone that features a unique clamshell design. It has a 6.7-inch main display that folds in half, allowing it to be easily carried in a pocket or purse. When unfolded, the Galaxy Z Flip has a screen-to-body ratio of nearly 90%, offering a large, immersive display for viewing content.

The Galaxy Z Flip is powered by a Qualcomm Snapdragon 855+ processor and 8GB of RAM, which provide fast and smooth performance. It also has a 3300mAh battery, which supports fast charging and wireless charging.

The Galaxy Z Flip has a dual-camera system on the back, which includes a 12-megapixel main camera and a 12-megapixel ultra-wide camera. It also has a 10-megapixel front-facing camera for selfies and video calls.

Coming with Android 10 out of the box

Samsung Galaxy Z Flip has initially been launched with Android 10 out of the box, and is impressive how far the device has reached in the meantime.

Android 10 is a solid and reliable operating system that has received positive reviews from users and experts. It was released in 2019 and has since become one of the most widely used versions of Android.

One of the main strengths of Android 10 is its focus on privacy and security. It includes a number of features that allow users to control their data and protect their privacy, such as improved permissions controls and the ability to control when apps can access your location.

Android 10 also introduces a number of new features and improvements that enhance the user experience. These include a new gesture navigation system, a system-wide dark mode, and support for foldable devices.

If you want to make sure that your phone’s operating system is up to date, there are a few ways to check for and install new updates. One way is to wait for your phone to notify you about the update. Many phones are configured to automatically check for updates and notify you when one is available.

In some cases, you may need to download the update from a database and flash it manually. This process involves downloading the update from a website or file hosting service and then installing it on your phone using specialized software. This method is generally reserved for more advanced users and is not recommended for most people.

In general, Samsung phones are considered to be secure and reliable when it comes to protecting user data and preventing security threats. Samsung has a strong track record of releasing security updates and patches on a regular basis to help protect its devices against potential vulnerabilities and threats.