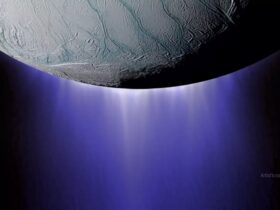 Saturn’s Moon Enceladus May Have the Missing Component For Life, New Study Finds

The Galaxy S22 lineup represents what Samsung has to offer best when it comes to smartphones. Launching early this year, the Galaxy S22 series has everything a user needs; whether he wants a powerful and compact phone or a huge one, Samsung has it all covered.

Samsung now has an incredible Black Friday deal to offer: one of its Galaxy S22 models, the standard version that also has a 6.1-inches display, costs only $324.99. If you choose to buy it, you’ll save $475. You even have the possibility to bring a tablet or a smartwatch for trade-in.

The standard S22 is the smallest phone in Samsung’s flagship lineup for 2022. But don’t let the looks deceive you! Samsung Galaxy S22 is nothing but a weak device.

Samsung Galaxy S22 has very interesting capabilities, and perhaps what stands out the most is the Exynos 2200 chipset of 4nm. The 8GB of RAM also makes a good team with the rest of the specs, which should make the S22 a suitable phone for gaming as well. However, it needs to be said that the Snapdragon 8 Gen 1 chipset is present for the S22 units outside European markets.

Samsung Galaxy S22 also comes equipped with Android 12 out of the box, while the device can surely be upgraded to the latest and the greatest Android 13 operating system.

The display is a Dynamic AMOLED that measures 6.1 inches, while it also has an impressive refresh rate of 120Hz.

The cameras of the standard S22 are also worth mentioning, as they possess a 50MP snapper and 4K video recording capabilities.

You also won’t have to worry too much about water and the weather while you maneuver around a Samsung Galaxy S22. The phone also features IP68 water resistance, which means that you shouldn’t hesitate too much using it during the rain, for instance.