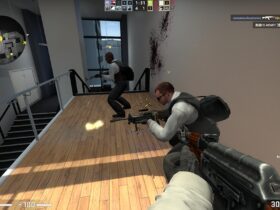 CS: GO Player Reveals Trick That Allows Characters to Float in the Air

The experience provided by the standard Android messaging application, Google Messages, is continuously being enhanced by Google. In the wake of a failed campaign called #GetTheMessage that called attention to Apple’s lack of support for RCS and a fresh change to the app icon, Google Messages is now trying the capability to react to a text with just about any emoji. Previously, there were only seven different emojis available for reactions.

During a dissection of the Messages application back in September, 9to5Google made the discovery that a framework was being developed for reacting to texts with any emoji you desired. This framework would replace the thumbs-down option in that listing with a button for an emoji selector. And now, with the most recent beta release of Messages, a select group of users is beginning to see this feature become live for everyone.

You are now able to respond to incoming texts in the Google Messages application with any emoji of your choice when you press and hold on the message. The possibility to select a new emoji that isn’t already available is also included.

You may get a closer look at the emoji alongside the name of the receiver who reacted with it by tapping on the emoji that is located in the bottom-right corner of the message that was reacted to. If you are seeing reactions from a group text, a pop-up prompt will contain all of the names of the people who replied along with the emojis they used.

At the moment, the function is only accessible through the most recent version of the Google Messages Beta app. It is possible that the update is being rolled out in stages.