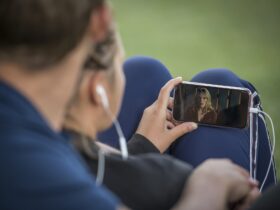 Two of Samsung’s most interesting phones released in 2022 are the Galaxy A33 and A53 models. That’s not because those devices are high-end. Instead, they have some high-end-like specifications while also not demanding a lot of money if you want to purchase them.

It was only a matter of time before Samsung got around to it. After all, the universe revolves around the release of new smartphone models, and the planets just had to align for the highly anticipated (at least, in the world of smartphone enthusiasts) Galaxy A34 to make its grand entrance. Now, if only we knew when exactly it would be released…

Only 90Hz for the refresh rate?

Samsung Galaxy A34 is expected to feature only a 90Hz for refresh rate on its display. That’s the same refresh rate that’s present on its predecessor, the Galaxy A33 model. Surely it would have been a good idea to ensure a better refresh rate.

With its massive 6.5″ FHD+ AMOLED display, the future phone will provide a pretty ‘real’ experience. And thanks to the powerhouse Exynos 1280 SoC, you’ll be able to run all your favorite apps and games with ease. But don’t worry; we haven’t forgotten about the multitaskers out there – the A34 comes with a whopping 6 or 8GB of RAM, so you can have all your apps open at the same time without breaking a sweat. And with 128 or 256GB of storage (depending on which model you choose), you’ll have plenty of space to store all your photos, videos, and apps.

But let’s not forget about the camera – the A34’s rear camera boasts a whopping 48MP (with OIS) as well as 8MP and 5MP sensors, so you can capture all your memories in stunning detail. And with the 13MP front camera, you’ll be taking selfies that will make all your friends jealous. And thanks to Android 13 and OneUI 5.0, you’ll have access to all the latest and greatest features.

In the end, it’s best to keep in mind that you need to take the aforementioned specs of the Samsung Galaxy A34 with a grain of salt.