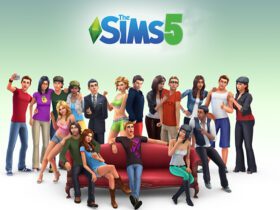 The Sims 5 Release Date – When Should We Expect An Announcement?

Xiaomi is getting ready to welcome another smartphone under its popular Note 10S lineup, called Redmi Note 10S Starlight Purple. The rumor mill has created quite the buzz for a while, hinting at a new version of the Redmi Note 10S. Now, we’ve got an official teaser!

More details about the phone’s specs and features have also been revealed, thanks to some fresh reports. However, the exact launch date is still unknown.

Xiaomi posted on its official Twitter account the first teaser of the upcoming Redmi Note 10S Starlight Purple version. The “64MP Adventurer,” as you can see below, flaunts a cool shade of purple and some sleek edges that’ll leave you in awe:

Unwilling to be just ordinary? Now offering you something special!

Xiaomi is popular for its bold choices when it comes to smartphone design, so the new Redmi Note 10S Starlight Purple model is really an ambitious move.

Under the hood, the new smartphone will draw its power from the MediaTek Helio G95 chipset, similar to the other Redmi Note 10S versions, coupled with 6GB LPDDR4X RAM and up to 128GB of UFS 2.2 storage.

A microSD card for extra space will be available.

A battery of 5,000mAh battery with 33W fast charging support is said to keep the lights on for several hours.

Upfront, a camera of 13MP is said to capture the best selfies and video calls.

More information about the Redmi Note 10S Starlight Purple’s availability, launch date, and the price tag will be available in the coming weeks.