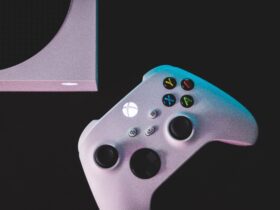 Best Game Pass Games This Year For Xbox: Check Them All Out!

Red Dead Redemption 2 is pretty demanding with the hardware components for those players who prefer the game on their PCs. And it’s understandable, as we have to admit that the graphical quality of RDR2 is pretty exciting. But as it always goes in the gaming field, there’s always room for more.

According to PCGamer.com, both NVIDIA and Rockstar Games are announcing that RDR2 will take advantage of DLSS support for improving graphical performance. DLSS is short for Deep Learning Super Sampling, and it’s the second-best way to improve frame rates in gaming.

A graphics card from NVIDIA’s GeForce RTX series is needed

Don’t expect that as soon as you install the upcoming update, everything will be fine and dandy with your game as it runs smoother than ever. First and foremost, you have to spend a few hundreds of bucks to buy a new GeForce RTX card from NVIDIA if you don’t already have one mounted on your PC.

NVIDIA didn’t reveal exactly when the game will receive the DLSS support, and all we know is that it’s “coming soon”.

Released in October 2018 for PC, RDR2 is still a very popular game. The official description from Steam is relevant enough:

Arthur Morgan and the Van der Linde gang are outlaws on the run. With federal agents and the best bounty hunters in the nation massing on their heels, the gang must rob, steal and fight their way across the rugged heartland of America in order to survive. As deepening internal divisions threaten to tear the gang apart, Arthur must make a choice between his own ideals and loyalty to the gang who raised him.

Except for the PC version, Red Dead Redemption 2 is also available for PlayStation 4, Xbox One, and Google Stadia.