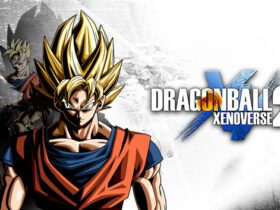 NVIDIA never seems to be willing to throw the towel when it comes to the gaming world, as the company is constantly looking for ways of improving its gear. In a world where the technologies for gaming have reached unprecedented heights in the last years, NVIDIA is ready to bring two new powerful video cards into the scene that will compete with the best: the RTX 3080 Ti and RTX 3070 Ti models.

PCGamer.com brings the great news of NVIDIA’s upcoming flagship GPU’s for gaming. The big announcement was made by NVIDIA at the Computex virtual event, and the two cards will arrive in stores starting June 3 and June 10, respectively.

With 12GB of GDDR6X memory that the RTX 3080 Ti is promising, you will probably experience no sign of lagging for your games at all while running them at maximum settings and 4K resolution. Of course, you can also use the card for other demanding activities on your PC, such as mining Bitcoin, analyzing signals picked up from radio telescopes for determining if any green friends from other planets are trying to reach us (aka the SETI project), and a lot mode.

Without having any precise information, we know that the RTX 3070 Ti model will be capable of even faster GDDR6X memory. However, its price will be much lower ($599/Â£529), meaning that it should fall short in other areas.

We can’t wait to see the two GPU’s in action, and OpticFlux.com will keep you informed with the latest news about NVIDIA’s releases.