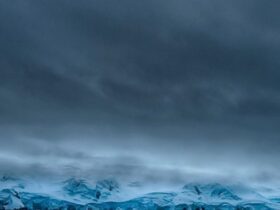 Reboot a Friend is now officially back to Fortnite, and we couldn’t be happier! After hosting a beta back in January 2021, Epic Games has finally decided to bring back the program.

Fortnite is still a huge hit, and there are millions of players currently playing. However, it’s a bit safe to say that the game’s popularity had decreased from when it was on tops. So, Reboot a Friend seems like the best way to put Fortnite back on tracks.

What is Reboot a Friend?

Reboot a Friend is a Fortnite program that can bring people back into the game by giving them rewards.Â

You can use this program to send invitations to old teammates to get them to return and offer them cool rewards for doing that. The process is simple, and it doesn’t require many steps to follow or other requests.Â 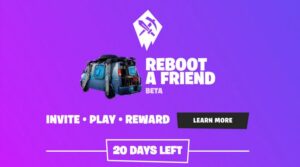 How Does it Work?

The current version of Reboot a Friend is similar to the beta one, but there are some things you need to know. Initially, if you had friends who weren’t active for 30 days, you could’ve invited them to rejoin.

There are now, of course, some changes, but they were actually necessary!

First, you no longer need friends who haven’t been active for 30 days! Now, you can simply ask new players and still get some sweet rewards. How cool is this?

Here’s how you can do it:

Remember, you won’t receive rewards right after sending invitations! Play a few matches first with the “regained” player, and then get your rewards.

The feature uses a point system now, so if you reboot one friend, you’ll get 100 points, and later another 10 for every game you’ll play with your friend.

Here are the full rewards: