Realme is gearing up to launch multiple flagship devices, including a new smartphone under the X series, dubbed Realme X9 Pro.Â

The phone has already grabbed a few certifications, and the latest one comes from TENAA. Fresh reports also hint at some of the smartphone’s specs and features, so we know what to expect. 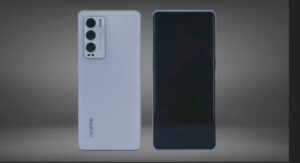 Realme X9 Pro will debut with a brand-new design, similar to the one seen on its rival, the Samsung Galaxy ZFold 2.Â

For example, a sleek vertical camera module houses a triple camera setup, a couple of sensors, and a dual-LED flash.Â

Additionally, Realme X9 Pro has a metal frame and a rear glass panel, which gives the handset a premium touch.

The smartphone flaunts a 6.55-inch E3 AMOLED panel with FHD+ resolution and a higher refresh rate, soon to be announced.

Under the hood, Realme X9 Pro will draw its power from a Qualcomm processor, the Snapdragon 870 SoC, coupled with 12GB RAM and 256GB onboard storage (the high-end version).


We shouldn’t expect a microSD card slot because, like most flagship phones, the Realme X9 Pro might not pack this option. But, a dual nano-SIM card slot has been tipped.

Upfront, a camera of 32MP (Sony IMX616) is said to capture the best selfies.

A battery of 4,500mAh with 65W fast charging support is said to keep the lights on for several hours. 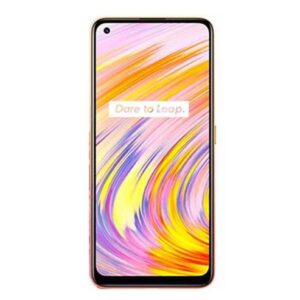 Details about Realme X9 Pro’s availability are still scarce. However, we should expect the smartphone to debut in several countries somewhere in the coming weeks.

As for the price tag, new reports claim the base model of Realme X9 Pro will be available for around $420, while the high-end variant, at $540.