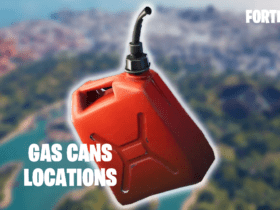 Where Are All the Gas Cans in Fortnite Chapter 3

Can anything live on Venus? Of course, the planet has scorching temperatures, a crushing atmospheric pressure, and so on, but it’s still one of the few rocky planets from our Solar System. The presence of the phosphine gas in the clouds of Venus, as it was detected a few months ago, suggested the hypothetical presence of life, considering that the same gas is associated with life on our planet.

According to New Scientist, those who were enthusiastic about the possibility of encountering aliens on Venus may have been way too optimistic. The presence of phosphine might not be the proof of alien life dwelling on the clouds of Venus at all.

Blame it on the volcanoes!

Ngoc Truong and Jonathan Lunine at Cornell University in New York are now claiming that the extreme volcanic activity from Venus might be responsible for the presence of the phosphine gas. This idea rules out the existence of life on “Earth’s Twin”. The scientists involved in the new study suggest that the phosphorus from the planet’s mantle could be ejected by volcanoes in huge plumes and further get in contact with sulphuric acid to create phosphine.

As it almost always happens in science, not everyone agrees, which is also the case for what Ngoc Truong and Jonathan Lunine are rooting for. Janusz Petkowski from the Massachusetts Institute of Technology, and also a member of Greaves’s team, declared as quoted by New Scientist:

We do not think that deep mantle plume volcanism can produce sufficient amounts of phosphine to explain the observations.

Also, there’s not enough information about the chemistry of the atmosphere of Venus to know for sure what can happen if the phosphorus erupts into the sky.

The new study was published in PNAS.