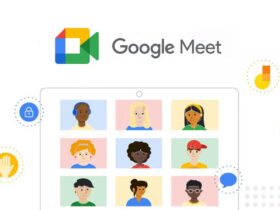 Facebook is currently rolling out a new functionality for those involved in its groups: the “expert” designation for those who manifest advanced knowledge in a certain topic.

Facebook is often looking for new ways to improve its services, and it will be interesting to see how the new functionality will or will not work. The news about the “expert” designation is brought by BBC, and the social network is supposedly bringing the new feature for making the real experts stand out within the group discussions. But there’s a big paradox here, as the group admins themselves will have the option to give the “expert” title to a member, which obviously raises the chance for the designation not to turn out to be too accurate as Facebook wants. Being an admin in a Facebook group doesn’t mean that you’re automatically capable of understanding very well who deserves to be called an “expert”.

Be careful not to violate the community standards!

If you’re already craving for the “expert” designation, you must be extra careful with those community standards! If you receive more than three bans for violating the Facebook rules in the last 90 days, that will make you non-eligible to be declared as an “expert”.

Admins now have the ability to select specific members in their communities who stand out, empowering them to play a more meaningful role,
Admins can collaborate with group experts to host Q&As, share perspectives on a topic and respond to questions.

Facebook is known to have groups based on pretty much any field and topic possible, and of course, a lot of the members would be delighted to be recognized as “experts”.

In the end, we’re well aware that anybody is an online expert these days in his mother’s eyes, and it shall be interesting to see if Facebook and group admins agree with that!