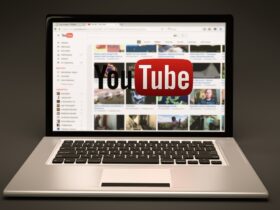 Throughout its presentation at CES, Sony showcased their Mocopi system, which is designed to monitor an individual’s whole body for usage in virtual reality and gaming environments. Additionally, the business unveiled Project Leonardo, a whole new modular controller with the intention of assisting gamers who have physical limitations.

There are a number of other mounting solutions available, in addition to the large, spherical base of the controller that is intended to lay flat on a table. A player has the option of using either one or two Project Leonardo controllers, and there is also the possibility of adding in a DualSense controller. This allows for the combination of one, two, or even three physical controllers into a single virtual controller.

The buttons on every Project Leonardo gadget may be rearranged and replaced in order to provide the gamer with a layout that is tailored to their own preferences. It is possible to assign the same function to several buttons, and the same button may be mapped to two different purposes.

Joysticks may be plugged in, and they come in a variety of sizes to accommodate the player’s individual requirements for accessibility. The distance that separates the joystick & the controller may be altered to meet the player’s preferences, and the “north” orientation can be set to any compass bearing. The player’s profile is where their button mappings and other settings are saved, and they are allowed up to three different configurations in total.

The core controller for Project Leonardo is extremely modifiable, but it has the potential to be much more so. It comes with four auxiliary ports that may be used to connect additional switches, buttons, and analog sticks that are manufactured by third parties. They may be set in precisely the same manner as the rest of the controller’s buttons.

In order to build this controller, Sony collaborated with organizations such as AbleGamers, SpecialEffect, and StackUp, as well as other accessibility specialists. Due to the fact that Project Leonardo is still in the process of being developed, further features and launch information will be disclosed at a later date.