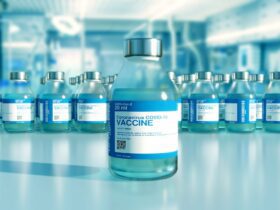 In real life, Cristiano Ronaldo has recently moved to Al Nassr after many glorious years spent for Real Madrid, Juventus, and Manchester United. The Portuguese superstar is now 37 years old, which means that playing football at the highest level may not be possible anymore.

Attention all FIFA 23 players! Get ready for some major career-mode drama because Cristiano Ronaldo has just become a free agent in the January squad update of the game, according to Dexerto!

That’s right; the legendary football superstar has decided to shake things up and explore his options, leaving his team in the dust. This means that you, as the manager of your very own virtual soccer club, have the chance to snag Ronaldo and add him to your roster.

There will be a lot of competition to sign Ronaldo

You’ll have to act fast, as Ronaldo is sure to be in high demand. Every team in the world will be clamoring for the chance to sign him, and you’ll need to use all of your negotiation skills to convince him to join your squad.

But if you do manage to land Ronaldo, you’ll be getting one of the greatest players in the history of the sport. With his mesmerizing dribbling skills and deadly accuracy, Ronaldo will be a force to be reckoned with on the pitch. So if you want to dominate the competition and lead your team to victory, you’d better start working on your pitch to bring Ronaldo on board. Good luck!

During the 2022 World Cup that took place in real life in Qatar back in November, Cristiano Ronaldo surely disappointed many of his fans. His nation, Portugal, was eliminated in the quarter-finals by Morocco. Furthermore, Ronaldo managed to score only once in the tournament, during the match against Ghana.

No disrespect intended for Cristiano Ronaldo, but it’s a time for any footballer out there when he approaches retirement.