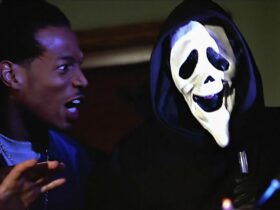 Top 5 Comedy Movies to Put You in a Good Mood

Pokemon Diamond and Pearl was a hit in 2006, so it’s no surprise fans want a remake. Rumours about the Pokemon ‘verse soon heading back to the nostalgic Sinnoh region with Gen IV remakes Brilliant Diamond and Shining Pearl might turn out to be true.

Nintendo confirmed the remake as a special edition available only for Nintendo Switch!

The first thing we noticed was the game’s unexpected departure from both 2019’s Sword and Shield and 2018’s Let’s Go. You can watch the trailer below:

What’s more interesting is that the RPGs seem centred more on a new “chibi” art style, never seen before. A resemblance to 2016’s X and Y, though, exists.

Pokemon Brilliant Diamond and Shining Pearl: When Will Debut

The rumour mill has worked a lot in the last few years, creating quite a buzz. We came across many reports, speculations, and other stuff that claimed a lot would happen in Pokemon Brilliant Diamond and Shining Pearl.

Finally, Game Freak put our thoughts at rest with its announcement that the Pokemon ‘verse will revisit the Sinnoh region. The news popped out during a special 26th anniversary Pokemon Presents event.

No official release date was announced, but a “coming soon in the late 2021” message was spotted!Â 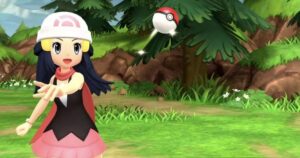 Apparently, the Sinnoh remakes are not coming with any features from Gen 8. So, no Dynamaxing, Raids, or Wild Area.

The upcoming Pokemon Brilliant Diamond and Shining Pearl seem more concerned with sticking with its roots. As Game Freak stated:

Moreover, the devs also hinted at some “easy-to-understand, player-friendly conveniences of the modern Pokemon franchise.” We can also expect stuff such as party XP share or some mechanical tweaks.

Reports claim that there will be a multiplayer game. The list of confirmed features looks like this: