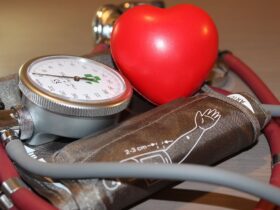 The long-awaited PlayStation 5 console added an extra amount of gaming beauty to the lives of many players. Sony managed to sell 4.5 million PS5 units only last year in a relatively short period. The Japanese giant released the next-gen gaming machine in mid-November.
Anyone who had to deal with a PS5 console can confirm the impressive specs of the machine. The custom RDNA 2 GPU with more than 10.28 TFLOPs of computing power and the AMD Zen 2-based CPU offer a gaming experience way above the average one. Most PS5 games can run at 4K/60, while some of them can even reach 4K/120fps.
But there’s even more to learn about the PlayStation 5 console, which means that you cannot miss the official next-generation local multiplayer games trailer:

The description says:
“Get a look at some of the PlayStation 5 games which feature local-multiplayer modes.
Dive into co-op adventures with Sackboy: A Big Adventure, Call of Duty: Black Ops Cold War, EA Sports FIFA 21, Overcooked! All You Can Eat, and more.”
As you can see, the trailer reminds of the haptic function of the PS5 controller. As a premiere for PlayStation consoles, the function offers the player realistic sensations based on what he’s doing in a specific game. If the character drives a car or gets it bumped into another, the player will feel specific sensations in his hands due to the haptic controller. Similar things happen if the player’s character shoots, swims, gets hurt, and so on.
The PlayStation 5 console is vastly superior to its predecessor PlayStation 4, and we can easily convince ourselves of that in every aspect of the next-gen machine. PS5 was released only two days after the Xbox Series X/S got launched, and both machines are presenting next-gen hardware. It will be interesting to see how these consoles will sell in the near future.