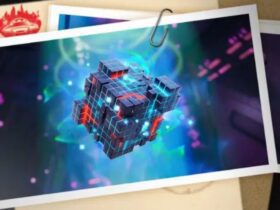 Are passwords slowly becoming obsolete? Probably yes, since people prefer more and more other ways of authentification. As a result, Microsoft becomes one of the companies granting its users the possibility of signing in only through a Microsoft Authenticator app, a security key or SMS, emailed codes, or Windows Hello.

No password shall be needed anymore to access our Microsoft accounts, and the big news comes from Engadget.com. Therefore, you’ll get to use the more advanced signing-in methods mentioned above when it comes to signing in to OneDrive, Outlook, Microsoft Family Safety, or the Xbox Series X/S consoles.

Microsoft began rolling out the “no password” functionality for everyone

For the next several weeks, everyone should be able to use a different signing up method for a Microsoft account except for the classical password way.

We’re glad to see that gamers weren’t forgotten by Microsoft for this move. The Xbox Series X and Xbox Series S next-generation consoles have been received pretty well since their release in late 2020. Both of them support Dolby Vision; you can pre-load games before the disc arrives, the “Quick Resume” feature lets you suspend and continue playing multiple games, you can choose from three types of the spatial audio, and so on.

Microsoft continues to have some amazing plans for the future. For instance, the Redmond-based giant is preparing the launch of Office 2021, which will arrive in just about two weeks. The tech brand will launch Windows 11 on the same day, the natural progression from Windows 10 that will be made available for free to anyone who can run it.

What do you think about Microsoft’s new idea? Do you think it’s worth forgetting about passwords when logging in to any Microsoft accounts? Feel free to tell us your opinion in the comment section!