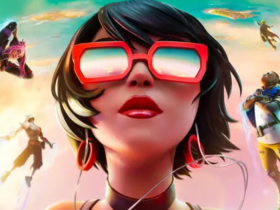 Remember that interstellar visitor that confused everyone with its unknown structure and origin? Well, it’s back in the spotlight, and we have some new details about it.

Oumuamua, first believed to be an alien object, might actually be just a piece of a planet from a different Solar System. New work from two Arizona State University scientists comes with a fresh perspective of the massive cigar-shaped space object.Â

The findings are genuinely intriguing.

According to the new study, Oumuamua is nothing but a knocked-off piece of a Pluto-like planet from another Solar System. How the scientists got this idea?

“Oumuamua likely wasn’t flat when it entered our Solar System, but melted away to a sliver, losing more than 95 % of its mass, during its close encounter with the Sun.”

The team also theorized various ice types for the interstellar object, but findings unveiled that it had to have been just nitrogen.Â

Next, they calculated the albedo (the proportion of the incident light or radiation reflected by a surface). The results include the same data observed on Pluto or Triton (full of nitrogen).

Back in 2018, NASA stated that Oumuamua is “the first object ever seen in our Solar System that is known to have originated elsewhere.”

Many theories and observations followed that statement. Some concluded Oumuamua is an interstellar object from aliens, while others considered it a comet.Â

Whatever the massive cigar-shaped space object was thought to be, one thing is sure. Oumuamua represents the astronomers’ opportunity to investigate what lies beyond our Solar System.Â

More details should be available soon!