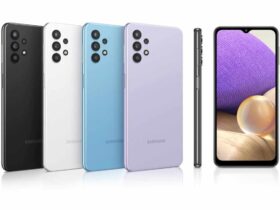 Samsung’s Leaked Galaxy A22 – Could It Be The Most Affordable 5G Smartphone Of All Time?

Now, the rumour mill is hinting at a new next-gen model under the same budget-friendly segment, coming sometime this year. An alleged iPhone SE 3 is likely on cards, and its first renders have just been leaked.

Before the tech giant based in Cupertino decides to release the first official confirmation for a new iPhone SE, we get to enjoy a glimpse, thanks to a concept designer. 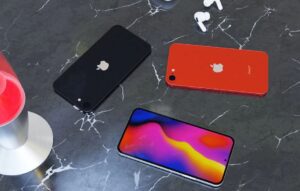 The designer’s idea of how the next-gen iPhone SE 3 might look like is really promising. According to the concept renders, the phone flaunts a modern design that looks premium.

Otakara claims that the next-gen iPhone SE 3 might be launched alongside the Apple AirPods Pro.

The leaked renders show a significant design change of the smartphone, similar to the iPhone 12 mini. That includes a single rear-shooter and a punch-hole cutout upfront for the selfie camera.Â

The new iPhone SE 3 might arrive with the same Touch ID feature as the previous model, housing a fingerprint sensor within the power button.

Besides the leaked design details, the next-gen iPhone SE 3 seems to flaunt a 5.4-inch OLED panel, which is a bit larger than the current generation’s display.Â

Other specs and features are still scarce. However, numerous sources claim the new iPhone SE 3 will pack the same specs as the 2020 version.

Before any official statements from Apple, it’s better to take everything with a pinch of salt.

Rumour has it that the next-gen iPhone SE 3 might arrive this spring. So, we could get to meet the new phone this April.

According to the company witnessed sales figure of the iPhone SE 2 2020 edition, it might actually make sense for Apple to launch the new phone this year.