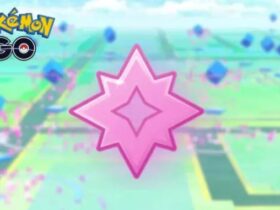 Where else could astronomers look for alien life in the Solar System when Mars doesn’t show any signs of harboring it? The other planets are either too hot, too cold, or with a gaseous composition. That means that the moons of the Solar System are indeed worth exploring.

Luckily enough, astronomers have a lot of homework to do. If our planet has just one moon, Saturn has 82 such natural satellites that revolve around it. At least one of them deserves all the attention. Jupiter, on the other hand, has 79 discovered moons.

Titan is one of Saturn’s numerous moons, and it has a few similarities to Earth. ScienceAlert.com informs us about how Titan is strangely familiar to our planet.

The dense atmosphere present on Titan, which is a unique trait for a moon of our Solar System, allows it to have weather phenomena similar to Earth.

Titan’s towering sand dunes also represent something interesting. Sand dunes should have inorganic silicates as the sediment, judging by how things are going on our beloved planet. However, things are a bit different on the sand from Titan.

NASA even released a video where it explains some unusual traits of Titan:

The space agency explains in the video’s description the following:

Earth is not the only place in the solar system with rain, rivers, lakes and seas. Saturn’s moon Titan has them, too — not of water, but of liquid methane and ethane. This Earth-like world even hides an ocean of liquid water deep beneath its surface! Find out what you need to know about Titan.

Therefore, perhaps in the far future, when astronomers might be trying to colonize another world from the Solar System, they could think more about Saturn’s moon Titan, instead of Mars.