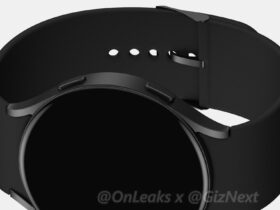 In only four years since its launch on the market, the Switch console created by Nintendo managed to be sold in almost 80 million copies worldwide. Therefore, there’s no wonder why the Japanese giant prepares major changes for the little gaming machine.

BloombergÂ reveals the ambitious plans of Nintendo to add a bigger Samsung OLED display to a future Switch model that will be released in late 2021. If the news turns out to be correct, Samsung Display Co. will begin developing 7-inch, 720p-resolution OLED panels in June. The displays will be shipped to the assemblers somewhere around July.

After a new analysis of Matthew Kanterman and Nathan Naidu, the following statement was issued:

The release of a more premium version of Nintendo’s Switch console with an OLED display and support for 4K graphics for the holiday 2021 selling season could drive the company’s sales above consensus for the fiscal year ending March 2022 and extend the life cycle of the Switch platform for many more years.

Yoshio Tamura, who is co-founder of display consultancy DSCC,Â spokeÂ about the benefits of OLED:

However, we must not expect to see similar OLED displays on the new Switch model as the ones mounted on smartphones. Those from Nintendo’s console will be more rigid, and they will be cheaper than the OLED displays used on top smartphones.

Nintendo Switch has an impressive collection of available games, and we can mention titles like Fortnite, Minecraft Dungeons, FIFA 21, Mario Kart 8, Super Smash Bros. Ultimate, Luigi’s Mansion 3, Minecraft, Apex Legends, Rocket League, and a lot more. One of the recently added games is also Sniper Elite 4, a stealth tactical shooter based on WWII.