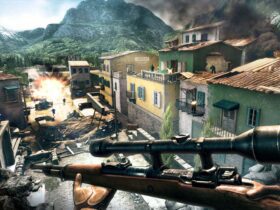 The US Food and Drug Administration (FDA) has just approved a new weight-loss drug, dubbed Wegovy. Researchers believe that the new drug will play a significant role in many people’s lives struggling with obesity and diabetes.

The drug will be manufactured by Novo Nordisk, a Danish pharmaceutical company, and even if it’s not an entirely new drug for weight loss, it will certainly become a new tool in weight-management therapies.

As previously mentioned, Wegovy is not entirely new. It’s also known as semaglutide, and it has been used in many countries, including the US, as an anti-diabetic drug for some years now.

Studies have shown that semaglutide is a mighty appetite-suppressant. For example, recent research involving around 2,000 obese adults from 16 countries, who followed a semaglutide treatment, led to approximately 15 % weight loss on average. And that’s not all.

There were people who lost even more pounds; over 30 % dropped 20 % of their body weight.

“No other drug has come close to producing this level of weight loss – this really is a game-changer,” stated Rachel Batterham, an obesity researcher at the University College London.

Apparently, FDA needed some time to approve the new drug, but now Wegovy had finally got the green light!Â

The drug will be prescribed for chronic management in adults who are overweight or obese and who have type 2 diabetes, high blood pressure, or high cholesterol.

Moreover, Novo Nordisk is expected to launch Wegovy in the US this month. It will be available in the form of a once-weekly injection, and contain a dose of GLP-1 (the hormone glucagon-like peptide).Â

Novo Nordisk didn’t announce a price tag for medication yet, but some sources claim that the company may charge approximately $1,300/ month without insurance. More details should be soon available!