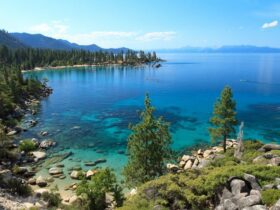 It’s true that not everybody likes Elon Musk, as happens to any other celebrity out there. One basic rule of life is that regardless of what you do or how smart, wealthy, successful, or pretty you are, you can’t possibly please everyone.

Say what you want about Elon Musk, but you surely must admit that he’s one of the most courageous people. He figured out a way to provide high-speed internet to many remote areas of the globe, he remains focused on his goal to send the first astronauts to Mars, and so on.

YouTuber Tim “Everyday Astronaut” Dodd published a new video where we can see Elon Musk climbing to the top of SpaceX’s “Mechazilla” tower, which is used for helping the Starship spacecraft.

Here’s how the YouTube channel itself explains what happened:

Today we’re going up SpaceX’s Orbital Launch Tower with the ultimate tour guide, Elon Musk. He’s going to walk us around the bottom, explain how they plan to catch the booster with the chopsticks and then we’ll go up the elevator stopping at the quick disconnect and on the upper deck!

Elon Musk is so confident in the possibility of going to Mars that he even believes that the majority of people would afford to go there via SpaceX. The famous businessman thinks that a ticket to the Red Planet would cost $100,000 and that the majority of the population will afford to pay for one. He made those claims last month during an interview for TED.