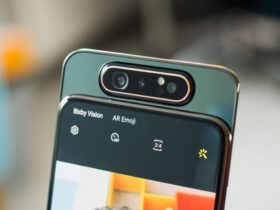 Samsung Galaxy A82 Leak Shows Key Data Regarding The Device

The Witcher 3: Wild Hunt is already seven years old, but it amazed the world of gaming through its immersive RPG gameplay. The protagonist has to make his way through the war of the Northern Realms.

Gamespot called The Witcher 3 simply “one of the best games ever made.” Considering the undeniable success of the title, the fans cannot be otherwise but super excited at the news of a sequel coming to the gaming world as well. There are lots of rumors out there regarding The Witcher 4, but we’re finally getting our hands on some reliable info.

Pre-production begins for the next ‘The Witcher’

Nobody knows for sure what the next The Witcher will be called, but it’s safe to assume that it shall be The Witcher 4. According to IGN, the future game has finally entered pre-production.

CD Projekt Red is the developer of the series, which means that we should surely take into account what its employees have to say.

We are very eager to revisit the universe which has shaped our history to such an extent,

We have recently concluded the research phase for the first game in the new Witcher saga, which means that from now on further development expenditures will be capitalized on our balance sheet.

We know from other sources an interesting piece of information regarding the game engine that the future game will be used on. It seems that The Witcher 4, or however you want to call it, will run on Epic’s Unreal Engine 5 and not on the REDengine of CD Projekt Red, as was the case for The Witcher 3.

The Witcher 3: Wild Hunt was made available for plenty of platforms: Nintendo Switch, PlayStation 4, PlayStation 5, Xbox One, Xbox Series X/Series S, and Windows PC. Therefore, a reasonable assumption is that the upcoming sequel will be at least as adaptive as well.