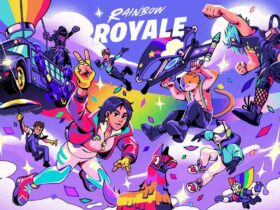 The ‘Dragon Ball Super: Super Hero’ movie is set to release almost a month from now, on June 11. Initially, the film was about to launch much earlier, but a hack on the Toei Animation studio is what caused the delay.

While Goku and Vegeta won’t exactly be under the spotlight for the new show, it will be up to Gohan and his beloved friend Piccolo to save the world from new androids created by the Red Ribbon Army. But other characters will also have a special contribution, and one of them is Broly. We don’t know yet what Broly’s role will be, but we can expect that his performance will be somehow connected to the precedented Dragon Ball movie released in 2018, which was entitled ‘Dragon Ball Super: Broly’.

A new promo is now showing the preposterously powerful Saiyan in a fighting posture, and you can see it below:

If you watch carefully, you can see Broly’s muscles more tensed than usual. This suggests that the Saiyan is preparing for some unusual and devastating fights. Our guess is that he could be somehow convinced to help the Z warriors fight the new androids, as Broly is not exactly a villain. He hates Vegeta, though, but he could be eager to take down the androids at the same time only to have his own chance of defeating the Saiyan Prince or just to test his powers on someone.

We also see Gohan and Piccolo in the promo as they’re ready to fight. This confirms if it was still needed, that the two warriors will be the main characters of the upcoming movie. At the same time, we see it impossible that Goku and Vegeta would be left aside completely. We anticipate that the two long rivals will surely have some contribution to the outcome of the movie, such as defeating weaker androids.