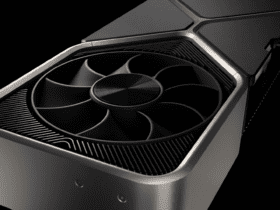 NASA’s bold helicopter has been finally dropped on the Martian ground. This manoeuvre was essential as the mini-helicopter gets ready for its first flight.

Ingenuity is an ultra-light aircraft initially attached to the Perseverance rover’s belly, which arrived on Mars on February 18. The event marks the incredible effort of NASA to explore the Martian ground for any signs of life.

The NASA helicopter is now closer than ever to its main goal, thanks to its successful touchdown on Mars. The space agency’s Jet Propulsion Laboratory announced on Twitter the news.

“#MarsHelicopter touchdown confirmed! Its 293 million miles (471 million km) journey aboard @NASAPerseverance ended with the final drop of 4 inches (10 cm) from the rover’s belly to the surface of Mars today [Saturday, 3rd of April]. Next milestone? Survive the night.”

NASA published, too, an incredible shot of the event. You can see it below:

The Mars helicopter had been feeding off the rover’s power system, but next, it will use its battery to keep a heater on. This device will protect its unshielded electrical parts from cracking and freezing during the harsh Martian night.

Furthermore, the heater can keep a temperature of approximately 45 degrees Fahrenheit (7 degrees Celsius) through the whole freezing cold night on Mars.Â

The Ingenuity team will have to verify the helicopter’s solar panels over the next couple of days. This step is necessary because the panels have to work correctly and recharge Ingenuity’s battery.

And all that before checking up its sensors and motors ahead of its first flight.Â

The big event is expected to take place no earlier than April 11, as per NASA’s Jet Propulsion Laboratory statement.Â

Besides hovering over the Martian ground for three to 30 seconds, Ingenuity will also have to take pictures.Â