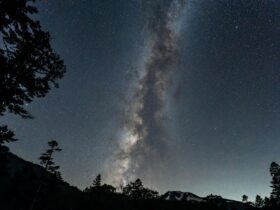 Exoplanet Located Close to Us is “Full Metal”

The future of Iceland’s glaciers is bleak, as a new report reveals the most shocking ice loss in history. And global warming is still the biggest culprit.

A recent study reveals shocking findings of Iceland’s glaciers in the last 20 years. The glaciers cover over 10 % of the region’s landmass, and back in 2019, they already shrank to 10,400 square kilometres. So what should we expect next?

According to new findings, Iceland’s glaciers have lost approximately 290 square miles (750 square kilometres), or 7 % of their surface, in the last two decades. And the numbers just get worse.

Since 1890, the region covered by glaciers had been reduced to about 2,200 square kilometres, which is 18 %. The biggest loss, however, occurred back in 2000. Again, scientists reveal some shocking details.

Glaciers disappear at an alarming rate 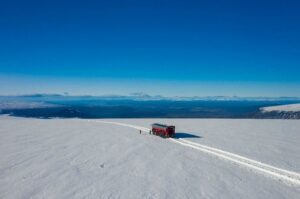 Researchers have already raised awareness about Iceland’s glaciers loss and the fact that they are at a massive risk of disappearing completely by 2200. How is this possible?

The findings unveil that the ice’s retreat over the last two decades is equivalent to the entire surface region of Hofsjokull, the third-biggest ice cap in Iceland, at about 810 square kilometres. What’s the culprit?

As per researchers’ studies, the glacier-area shifts in Iceland are due to climate variations and some subglacial volcanic activity that stirred things up a lot from deep below.

“They have been rather synchronous over the country, although surges and subglacial volcanic activity influence the position of some glacier margins.”

Researchers have examined NASA’s Terra satellite data and predicted that between 2000-2019, Earth’s glaciers lost an average of 267 billion tons of ice annually. But that’s not all.

Previous findings revealed how back in 2014, the Okjokull glacier lost its status as a glacier. Apparently, it was made up of dead ice, and it no longer moved.Â