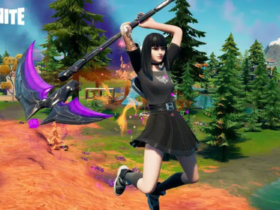 Sideways Scythe in Fortnite Season 8, Here’s How to Get It

Minecraft is one of the best games out there, and fans were pleased to enjoy version 1.17.10 recently. However, the update came with some experimental features, which are hidden. Some fans did not like that.

The Caves & Cliffs update was split in two, and fans got new blocks and mobs, and the generation changes. This new update has allowed players to participate to gain access to the world generation for the very first time. But this is still experimental, and no one can guarantee that it won’t crash.

Mojang has stated: “This snapshot is experimental, and everything is subject to change. Some features may be significantly changed or even removed if needed to improve performance. Also keep in mind that this experimental snapshot is missing some important performance improvements that we are currently working on, so things may be slow.”

The new generation has mega-caves, lush caves, and local water levels. But in the overworld, Mojang has another surprise: a new geographical feature: we’re talking cliffs with angry mountain goats, and groves, and meadows.

Players have noticed some formations which are not exactly familiar to the game: lava underwater, open caves and volcanoes. These represent the best place for a villain to hide.

Mojang has described their changes, and fans now can enjoy plenty of new items. There are new world depth and height, and mountain biomes, as well as new cave generation — noodle, cheese and spaghetti caves. They have also added natural variation in the shape of the terrain. There is a new ore distribution, large ore veins, and now, monsters only spawn in complete darkness.

If you’re playing on Switch, you need to go to Create a World, then to Experimental Features, and turn on Caves and Cliffs. Keep in mind that the game needs to be updated first.