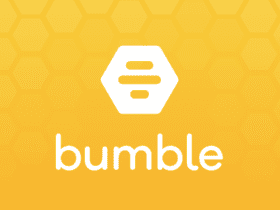 Whether Microsoft wants to admit it or not, Windows 11 doesn’t work on all PCs. Furthermore, in order to assure a successful upgrade from a previous OS, 64GB of free space is needed on a PC. This amount is a lot more than the demands Windows 10 has, for instance.

According to Neowin, Microsoft has provided a new update for its Windows 11 virtual machines that are available for free. There are now new versions of the virtual machines, and they’re up for grabs until September 11. The updated virtual machines are intended for development environments.

The Windows 11 virtual machine will give you access to developer mode, Windows Terminal, Windows 11 Enterprise (Evaluation), Visual Studio 2022 with .NET Desktop, the UWP, Azure, and Windows App SDK for C# workloads, and more.

The new move comes not long after Microsoft decided to halt access for both Windows 11 and Windows 10 for those users who live in Russia. As a result, those who live in the biggest country on Earth can’t download the Media Creation Tool anymore, which gives them the chance to install Windows operating systems. Not even the Update Assistant tool isn’t available anymore. The “404 – File or Directory Not Found” message appears when the Russian netizens attempt to download the files.

Windows 11 remains the latest OS released by Microsoft, although many people thought that Windows 10 would keep that title and keep receiving updates forever.

If you’re already eager to get your hands on a Windows 11 virtual machine, you can simply download one from Microsoft’s official website. The file size is 20GB.