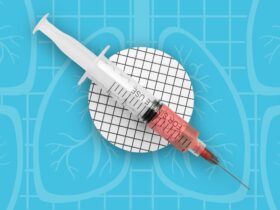 People living in Russia can no longer download and install Windows 11 and Windows 10 from Microsoft. This measure is shocking considering that the majority of PCs from all over the world are using either one of the two operating systems.

The news about Microsoft’s decision is brought by bleepingcomputer.com. What’s perhaps even more shocking is that the Redmond-based tech behemoth didn’t even provide an explanation for the radical measure, but we can all guess what it might be.

This means that netizens located in Russia no longer have the possibility to download the Media Creation Tool that allows the download and installation of Windows. They don’t even have access to updates, as the Update Assistant isn’t available anymore as well. Once people from Russia attempt to download such files, they’re being prompted with the “404 – File or Directory Not Found” message.

Microsoft recently took another interesting decision by phasing out the legendary Internet Explorer browser. However, pretty much nobody can be annoyed by the decision since the Redmond-based giant’s browser has clearly been obsolete for a lot of time already.

Sean Lyndersay, the program manager of Microsoft Edge, stated via the Windows Blog:

We can still hope that Microsoft will provide an explanation soon enough regarding its radical measure toward Russian netizens.