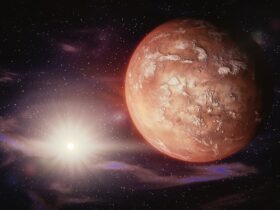 New research found that melting glaciers near Glacier Bay National Park has triggered earthquakes’ location and timing. The results include a recorded earthquake magnitude of 0.5 or more in the region during the last century.

Melting glaciers have been the culprit for most earthquakes since forever, as per previous reports. However, in Alaska, the pattern has been more challenging to detect, as earthquakes are common in the southern area. 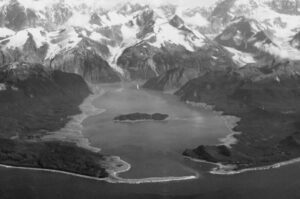 Alaska is known for some of the world’s biggest glaciers (thousands of feet thick), covering hundreds of square miles. According to previous findings, the ice’s weight makes the ground underneath fall, and when a glacier melts, the land kicks back like a sponge.

Researchers found that the biggest earthquakes were connected with the stress from long-term Earth rebound. What does this mean?

Chris Rollins, the study’s author, released a statement explaining quite the phenomenon. He said:

“There’s what’s called the ‘elastic effect,’ which is when the Earth instantly springs back up after an ice mass is removed; […] then there’s the prolonged effect from the mantle flowing back upwards under the vacated space.”

For the recent paper, the team of researchers realized a connection between the massive earthquakes across Southeast Alaska with the mantle’s expanding movement. There, glaciers have been melting for more than 200 years, and approximately 1,200 cubic miles of ice is gone.

Even if glaciers’ melting is not the direct trigger of quakes, it somehow influences both the severity and seismic events’ timing.Â

Back in 1958, the postglacial rebound twisted the layer around the fault so much that it increased stress near the epicentre, too. The earthquake had a magnitude of 7.8 and caused a rockslide into Southeast Alaska’s Lituya Bay.Â

That brought a tsunami that moved 1,700 feet up a mountainside before reaching the sea.