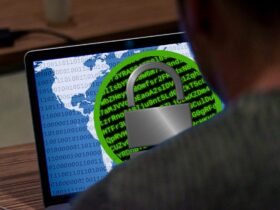 Experts think that Europa’s subterranean lakes of salty water might be ideal locations to hunt for indications of life outside our planet’s atmosphere. Researchers uncovered evidence for the existence of tiny ponds under the Jovian moon’s frozen surface after seeing parallel ridges running hundreds of kilometers across the Jovian moon’s surface.

It is possible that pockets of subsurface water could be found on the top of Europa, which would help move the molecules essential for life from the frozen shell to the salty ocean that lies deep beneath.
At 2,000 miles across, Europa is somewhat smaller than the moon of Earth. When scans from ground-based telescopes and orbiting space probes discovered indications of a deep ocean 10 to 15 miles under its frozen surface, it has become a top candidate in the hunt for life beyond..

Even though Europa’s ocean is about one-quarter the size of Earth’s, it may contain twice as much water as all of Earth’s seas put together.
The longstanding mystery concerning Europa has been unearthed by photos of the planet’s frozen surface. One is the presence of large double ridges that cover the whole surface. There are hills that rise up to 300 meters (1,000 feet) and troughs that are half a mile wide that divide them.

A scholarly lecture on Europa that noted the strange twin ridges piqued the interest of the Stanford crew. The scientists were reminded of a smaller double ridge they had seen in northwest Greenland by the images of the landforms. They set out to discover how the Greenland ridges evolved, equipped with radar as well as other data. There’s a little double ridge structure on the Greenland ice sheet that resembles the one on Jupiter’s moon Europa nearly perfectly. According to geologists, twin ice ridges on Greenland were produced as pools of underlying water froze and shattered the top again and over again, propelling the twins upwards at a rate of around 50 times faster than those on Europa.