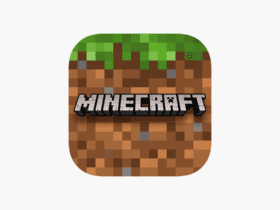 The new ‘Dragon Ball Super: Super Hero’ movie sets the story after the events from the previous ‘Dragon Ball Super: Broly’ that came out in 2018. While the films have different villains, it was just a matter of time until their powers will be compared to one another.

With that difference in the powers of Cell Max and Broly being revealed by Akira Toriyama himself, the creator of Dragon Ball, that’s indeed a blessing for all fans of the legendary franchise! As you probably already know and as we announced before the release of the new movie itself, Cell has been brought back to Dragon Ball in the Dragon Ball Super: Super Hero movie that came out last month. In the traditional Dragon Ball style, Cell is stronger than ever, making the fans speculate just how powerful he is and comparing him to others.

Broly is stronger than Cell Max, but there’s a catch

Akira Toriyama himself suggests that Broly is still stronger than Cell Max, but only because the latter was released in an incomplete form. The Red Ribbon Army didn’t seem to have any other choice than to release an incomplete version of Cell, which is why the monster isn’t even capable of speaking. Otherwise, Cell would have been stronger than Broly.

If Cell Max had been completed according to plan, he would have been a superhuman who even Broly couldn’t defeat, but since he was forcibly activated, he became an uncontrollable monster.

The new statement was made during an interview that was translated by Herms98 in a tweet:

Next up, the aptly-named Orange Piccolo: pic.twitter.com/es7uKKFi2y

It’s obvious that Cell not coming back in a complete form opens the door for future possibilities that can be exploited. The former DBZ villain might become complete in the next movie of the franchise, but only time will tell for sure.