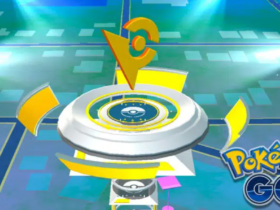 Double Gym Distance Trick in Pokemon Go: Here’s How to Do It

Technology will save Earth, after all. Or, at least that’s what researchers who developed a new software aim to.Â

This new tech could really help us rebuild cities worldwide to live more green, highly improve the environment, and save some money, too. How green would you choose to go for your planet?

The newly developed, open-source software developed by the Stanford Natural Capital Project comes in our help to create a better world. And if you think that’s impossible, the researchers walk us through the whole process.

How does it work?

The new tech, dubbed Urban InVEST, can build intelligent maps to view the links between human wellbeing and nature. Developers and city planners can use it to finally see where investments in nature, including marshlands and parks, can improve health measures and protection from flooding.

So, what we have to do, is just input our city’s dataset into the tech or check some data from NASA’s satellites or local weather stations.Â

Researchers tested Urban InVEST in many regions worldwide, including Shenzhen and Guangzhou in China, Lausanne in Switzerland, Paris in France, and some US cities, including Minneapolis and San Francisco.Â

“Urban nature is a multitasking benefactor – the trees on your street can lower temperatures so your apartment is cooler on hot summer days,” explained Anne Guerry, Chief Strategy Officer and Lead Scientists at the Natural Capital Project.

Researchers used Urban InVEST in Shenzen, China, to measure how natural infrastructure would lower damages in the event of a serious storm. What they found is genuinely intriguing.

The software helped researchers discover that the city’s nature would help avoid a loss of $25 billion in damages. How’s that possible?

As per researchers’ findings, nature would soak up rain and divert floodwaters. And that’s not all.

During summer, the trees and parks in Shenzhen can reduce the daily air temperature by 3 degrees Celsius (5.4 degrees Fahrenheit) during hot summer days. Such a thing comes with a dollar value of $71,000 daily in the city’s benefits. 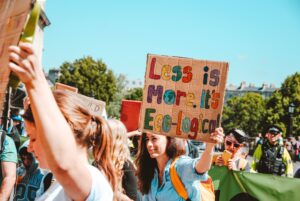 In St Paul, Minnesota, researchers discovered that the golf revenue is declining and could soon encounter the worst-case scenario.

By 2050, researchers expect over 70 % of Earth’s people to live in cities, so the global community turns urban.Â

City planners and developers will soon have to start working more green, choosing community gardens or tree-lined paths, for example.Â

But without enough data, they can’t create a green future for people to encourage them to enjoy nature more or protect them from any flood risk.Â

Urban InVEST comes in help with all the necessary data to shape Earth’s future and make it a better place.