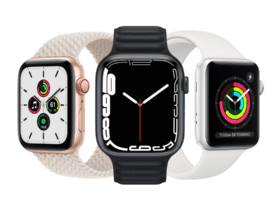 The iPhone 14 lineup was released by Apple last month, and there are some strong reasons why people praise the new flagship of the tech giant. The advanced cameras, the A16 Bionic chipset that’s superior to the A15 Bionic from iPhone 13, the crash detection system, and more – all stand as strong arguments to buy either one of the four iPhone 14 devices.

Apple released four new smartphones in September 2022, just as everybody predicted: the standard iPhone 14, the iPhone 14 Plus, the iPhone 14 Pro, and the iPhone 14 Pro Max. They are all pretty different in price and specs, which means that pretty much anybody can afford to buy one. At least for the Pro Max version, it’s even comparable to the upcoming Tesla Phone Pi that’s about to launch in a few months.

While the iPhone 14 lineup is clearly superior to the iPhone 13 series that came out last year, we can expect even more from iPhone 15. And yes, there are strong enough reasons to expect another flagship in 2023 from Apple! As the tech behemoth from Cupertino does every year, we can expect iPhone 15 to launch in September. But will it truly be worth the wait?

We can wait for the A17 Bionic chipset

Probably the main question about iPhone 15, at this point, is this: will it have an even better processor than iPhone 14? The answer is, based on the rumors, YES! We can definitely expect Apple to build an even more advanced processor for its future iPhones!

The upcoming A17 chipset that will likely be embedded into the iPhone 15 will be created based on the N3E enhanced 3nm process of TSMC. N3E is capable of even higher performance and power efficiency.

If we look at the A16 Bionic chipset that’s present on two out of the four new iPhone 14 models, we find out that it’s clearly one of the most powerful processors available on the market at this point. It’s actually the best of them all if we trust what Apple has to say. The thought of an even more powerful processor being made by Apple for its next flagships is mind-bending.

Apple has been improving the cameras on its latest iPhones in recent years, which means that it would be naive to believe that the company will not follow suit when it comes to iPhone 15 as well. God knows what amazing tech magic Apple will prepare for the new cameras this time, but it has surely done impressive work on iPhone 14 compared to iPhone 13.

If we take a look at the iPhone 14 Pro Max, for instance, which is the best and most expensive of the new lineup, we can easily conclude that the cameras are fabulous. The flagship packs a triple camera setup on the rear, which consists of a wide 48MP sensor that also features dual-pixel PDAF and sensor-shift OIS. The other two lenses are telephoto and ultrawide sensors of 12MP each. The telephoto lens is capable of 3x optical zoom, and the ultrawide snapper can run dual-pixel PDAF. The iPhone 14 Pro Max is also featuring the TOF 3D LiDAR scanner (depth) functionality.

The video capabilities of the iPhone 14 Pro Max are also high-end. The device can record up to 4K video and use ProRes, Cinematic Mode, Stereo sound, and Dolby Vision HDR.

If you’re also fascinated by the camera features of the iPhone 14 Pro Max, you should keep in mind that those of the iPhone 15 will likely be even better.

iPhone 15 will also have the Dynamic Island

The new Dynamic Island feature that’s exclusive for the iPhone 14 lineup has made the fans split up into two groups: some hate it, while others love it. There seems to be no in-between. To summarize, the feature is replacing the wide notch present on previous iPhones to keep the user informed about various events happening. The new “notch” is even able to change its shape depending on what kind of information it needs to tell the user: notifications, someone calling, and so on.

Fresh rumors suggest that the Dynamic Island feature will also be present on future iPhones, which makes it pretty reasonable to believe that iPhone 15 will also have it. Whether you love the feature or hate it, what’s for sure is that it surely creates a more modern vibe.

Apple will likely add the AOD (Always-on-Display) feature for its iPhone 15 and beyond. There’s no wonder why, however, as we’re talking about a feature that was highly demanded by iPhone users, and Apple finally decided to add it to the new iPhone 14 lineup. It’s a feature that plenty of Android phones have. What it does, in a nutshell, is that it keeps some information always showing on the device’s display, such as the time or date. In other words, the user will get to see some information that’s crucial for him without even touching the phone.

AOD will obviously drain the battery a bit faster, but if you need the feature for those situations when you wake up and you’re too tired to reach the phone, it can surely be worth the difference.

Last but not least, we can surely expect more RAM and storage options from the upcoming iPhone 15 than what exists on the previous iPhone 14. However, only time will tell for sure what exactly the iPhone 15 will look like, but there’s practically no reason to believe that Apple will not be willing to bring an even better flagship.