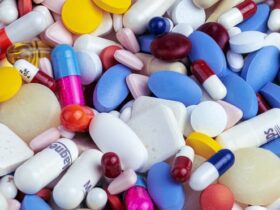 As Apple already made itself clear, it has to release a flagship phone lineup towards the end of every year. In 2021, it’s time for iPhone 13 to impress the world with some powerful specs. Its predecessor, iPhone 12, was received relatively well by the public, and our guess is that the next flagship of the Cupertino-based giant will be even better.

TechTimes.com announces that iPhone 13 will have a very impressive refresh rate for the display: 120Hz. This can only mean that the upcoming gadget will be a powerhouse when it comes to gaming, as the refresh rate is crucial in this field. Connecting the upcoming gadget to a monitor should grant you the optimal experience when it comes to running your favourite games.

New iPhone 13 details from Mac Otakara. Other rumors include LTPO OLED displays for Pro models that would support a 120Hz refresh rate, at least one model without a Lightning port and an A15 chip.

The list revealed by Mac Otakara goes as following:

If everything goes according to the plan, Apple will launch its upcoming iPhone 13 lineup in September. Since the ongoing pandemic is causing much fewer infections in the USA compared to last year, only something completely unexpected would cause another delay.

The iPhone 12 lineup has a few staggering specs that its fans are in love with. We can mention the A14 Bionic processor, the IP68 dust/water resistance, and more. It will be interesting to see how iPhone 13 will surpass these specs. Most probably, the upcoming phone lineup will also pack some unexpected specifications.