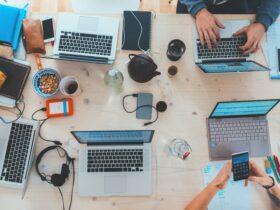 New Parker data reveals quite the activity on Venus. During a short flyby at our planetary neighbour, NASA’s solar probe detected an incredible radio signal: a natural one.

The event marks the first direct measurement of Venus’ atmosphere in about three decades. Also, the batch of data offers new opportunities to explore the planet’s atmosphere and why it is so different from Earth.

Why is the Natural Radio Signal so Important?

The Parker Solar Probe has begun its journey back in 2020. Each flyby at Venus was designed to inspect the planet’s gravity, so it could finally get closer to the Sun.


The new batch of data shows how Parker made its closest flyby of our planetary neighbour recently, passing just 833 km (517 miles) above the surface. Such an event allowed the probe to detect the first natural radio emission in Venus’ atmosphere in nearly 30 years.

The intriguing discovery couldn’t be made without the Parker Solar Probe’s instrument dubbed FIELDS. This tool can measure the electric and magnetic fields in the Sun’s atmosphere.Â

So, when the solar probe was close to Venus, FIELDS captured a natural, low-frequency radio signal. Next, the researchers used the radio emission to measure the ionosphere’s density that the probe flew through. What they found is genuinely intriguing.

According to the new measurements, Venus’ ionosphere is much thinner compared to the last measurements. However, there are some differences. For instance, the previous measurements were taken during solar maximum.Â

This time around, the new data from Parker’s recent flyby came six months after the latest solar minimum.

Understanding why our planetary neighbour’s ionosphere thins when the solar minimum occurs is crucial. It’s also one part of explaining how Venus responds to the Sun.