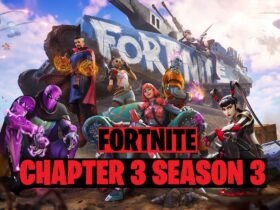 Fortnite Chapter 3 Season 3: When Does It Start?

A new study performed by a team of a multidisciplinary research team from Edith Cowan University (ECU), revealed that tourism can have a positive influence on people suffering from dementia and not only.

The study, entitled Tourism as a dementia treatment based on positive psychology, analyzed tourism as an activity with potential health benefits, especially in what concerns psychological wellbeing. Researchers from the Centre for Precision Health and from the School of Business and Law from the ECU mainly focused on the benefits traveling can bring to people affected by dementia.

According to Neuroscience News, the lead author of the study, Dr. Jun Wen, stated that “medical experts can recommend dementia treatments such as music therapy, exercise, cognitive stimulation, reminiscence therapy, sensory stimulation and adaptations to a patient’s mealtimes and environment. These are all also often found when on holidays.” According to Dr. Wen, the study is one of the first that addresses the effects of tourism as a potential medical recommendation for treating dementia.

Because traveling involves visiting new places, trying out new things and switching the usual routines, it actually provides the necessary cognitive and sensory stimulation to potentially improve mental health. At the same time, traveling usually involves a lot of physical activity, especially walking a lot, which is also among the treatment recommendations for dementia.

Furthermore, when you travel, you usually spend most of your time outside, in the sun, which stimulates the production of serotonin and increases the intake of vitamin D, both of which are known to contribute to improving your mood.

In all, the study emphasizes that, since traveling includes most of the activities recommended as a treatment for dementia, then tourism can actually be considered an efficient way of improving mental health and general wellbeing.

Dr. Wen added that “everything that comes together to represent a holistic tourism experience, makes it easy to see how patients with dementia may benefit from tourism as an intervention.”

Photo by Patrick Rosenkranz on Unsplash