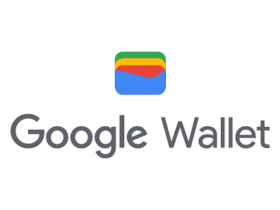 Nintendo has just announced a 25-minute-long Nintendo Direct Mini Showcase, scheduled for broadcast on Tuesday, the 28th of June, at 6 A.M. PT, or 9 A.M. ET.

The official Twitter announcement stated that “a new Nintendo Direct Mini: Partner Showcase is on the way! Watch on-demand via our YouTube channel beginning Tuesday, June 28 at 6am PT for roughly 25 minutes of info on upcoming third-party Nintendo Switch games.” 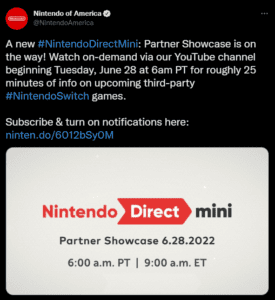 The announcement comes after various speculations have circulated for the past couple of weeks. Since Electronic Entertainment Expo, popularly known as E3, has been canceled this year, Nintendo fans were wondering about what would happen to the big Nintendo Direct presentation that the company used to hold during the event. It’s still not clear whether Nintendo will hold its first-party event in the near future or if the company will choose to release its titles in a different manner.

This edition of the Direct Mini will present the third-party games that will be available on Nintendo Switch in the future. The presentation is expected to include game developers from all around the world. According to Digitaltrends, the showcase will most probably include titles from Square Enix, Capcom, Atlus, as well as other western companies. Nintendo hasn’t disclosed any information about the publishers that will appear in the showcase.

Even though the Nintendo Direct Mini Showcase is meant to include third-party games, it wouldn’t be a big surprise if the company also chose to present some of its own titles, although fans should probably not get their hopes up. Among the most anticipated games developed by Nintendo is The Legend of Zelda: Breath of the Wild 2, Metroid Prime 3 and Splatoon 3. Another well-known title from Nintendo is Mario + Rabbids: Sparks of Hope.

The last Nintendo presentation was its Switch Indie World Showcase which was streamed in May. Among the games announced then was Gibbon: Beyond the Trees, Cult of the Lamb, Wayward Strand, We Are OFK and Gunbrella.