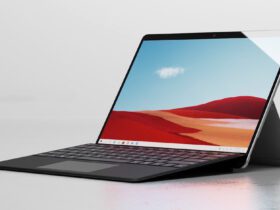 The Microsoft Surface Pro 8 – What Do The Users Want?

The Dragon Ball Super anime will indeed come back sooner or later, and there’s pretty much nothing in the Multiverse capable of stopping that.  The manga version is currently unfolding, and although it’s already presenting the second major arc from the Tournament of Power, Gohan is far from the credit he received back in Dragon Ball Z.

Gohan, the son of Goku and Chi Chi, has been one of the major characters in Dragon Ball Z. Gohan was even the hero of the Cell arc, defeating the terrifying android created by Dr. Gero. Goku’s son started his journey as a fighter by being trained by Piccolo, who has seen enormous fighting potential in him. Later on, Gohan had many moments throughout the series when he stood out and was decisive.

Gohan had two major showdowns in Dragon Ball Z when he truly shined. The first one, without a doubt, was when he defeated Cell and surpassed his father, Goku in strength. The second was in the Buu Saga when after training in the world of the Kai’s, the adult Gohan taught Majin Buu some manners.

Therefore, it’s obvious to anyone that Gohan needed a lot more attention in Dragon Ball Super from the writers. But time’s not over yet, and here are a few recipes for how to make Gohan great again:

Get him to train with Whis

Both Goku and Vegeta had been training under the command of the angel Whis in order to achieve and improve their godly powers. On the other hand, Gohan has only been training with Piccolo for the Tournament of Power. And still, Gohan has been able to be just about as strong as Super Saiyan Blue level. But if Whis or Beerus would train Gohan, who knows how incredibly strong the Saiyan can become! That’s one of the reasons how the writers could make Gohan great again!

Goku and Vegeta are still no match for Whis, which is a huge hint about how incredibly powerful the angel is. This can only mean that anybody would have a lot to learn from Whis in terms of fighting. Unfortunately or not, the angels in Dragon Ball Super aren’t allowed to interfere in a battle by any means. One angel broke that rule in the Moro arc, and he was immediately erased.

Back in the Cell Saga, Gohan has been training along with his father Goku in the Hyperbolic Time Chamber. At that time, Gohan was just a child, but even so, he managed to surpass his father in the saga. While many years have passed from those moments, and as both Goku and Gohan are light-years stronger, another training session like father like son would surely be even more beneficial. Goku would have a lot more exciting things to teach his son at this point.

Unfortunately, the God of Destruction Beerus is not a fan of training fighters. He would be good at it, but who knows, maybe he’ll find some time to do it for Gohan. After all, Gohan has won Beerus’ respect during the Tournament of Power from the Dragon Ball Super anime.

Do you have any other ideas for how to make Gohan great again in Dragon Ball Super? Feel free to tell us in the comment section!