What Should You Know About Nutritional Psychiatry – Experts’ Recommendations

Venus’ extreme environment where no living creature from Earth would survive has captured the attention of astronomers for a long time. Even so, Venus is known as ‘”Earth’s twin” because of the fact that both planets have similar sizes and locations in the Solar System.

According to sciencemag.org, the European Space Agency selected the EnVision mission to study Venus. It will be the latest medium-class mission from the agency’s science program.

EnVision will cost a staggering amount of 610 million euros, and together with the VERITAS and DAVINCI missions of NASA, it could provide the most interesting study of Venus ever made.

I am delighted that the synergistic capabilities of these three new missions will transform our fundamental understanding of Venus,

ESA’s EnVision mission will provide unparalleled high-resolution imaging and polarimetry capabilities. High-resolution images of many dynamic processes at Mars profoundly changed the way we thought about the Red Planet and images at similar scales have the potential to do the same for Venus.

You may have already guessed that there are a lot of volcanoes on Venus. Experts counted about 1,600 major volcanoes on our neighbouring planet. However, the good news is that none of them is currently active, and the chances are high that most are long extinct.

On June 2, NASA announced that it would send two probes to Venus until the current decade’s end. The purpose will be to understand why Venus evolved so differently than Earth and became the hellish world that it is today. 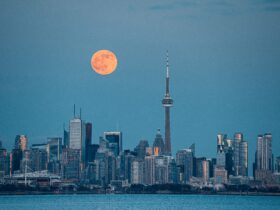